“Let other people play other things – the King of games is still the game of Kings.”
In these words, written in stone near a polo pitch in Gilgit, a city in Pakistan, lies the essence of this game, born over 2000 years ago somewhere along the Silk Route. Some say that polo – a name which seems to derive from the Tibetan word pulu, ball – was brought to China around 670 A.D. by the Persians, others say it is instead an evolution of buzkashi, the Afghan national sport. What everyone agrees on though, is that it has a long history: there are official records of a tournament played in 600 A.D. between Turcomans and Persians, as well as records of the first casualty, that of Cantacuzenus, Byzantine emperor from 1341 to 1347.

A beach polo match usually consists of two three-player teams as apposed to the usual four-player teams in field polo. However, this may vary. For example the Julius Baer Beach Polo World Cup in Sylt, Germany, will be in its 12th year in 2019 and includes only two-player teams

A match consists of four periods of play, called chukkers. Times vary from 4 to 7 minutes of play per chukker depending on the temperature and humidity conditions on the day. The match is played in an enclosed sand arena with sideboards of approximately 1.2 metres in height, designed to keep the ball in play. Depending on playing areas available, some of the playing arenas have enclosed ends while others allow for 20 yards of run out space for the horses past the end line, utilizing standing goal posts.

Two umpires are suggested for tournament play and may be stationed outside or inside the arena to officiate the game. Penalties are called and resulting free hits are awarded to the fouled party.

Traditional polo ponies are used and Cable Beach Polo teams change ponies following each chukker. More than 48 ponies make the long journey from Perth to Broome each May for the tournament.

Unlike the hard, plastic ball used in field polo, beach polo employs a leather or rubber inflated ball of approximately ten- to fifteen-centimetres in diameter. Other equipment employed is the same as that used in field or arena polo.

In 2008, the International Beach Polo Association was created by Chairman Alex Webbe, in an effort to increase the number of participating countries, to assist in promoting these events and to make rules and handicaps for the game more uniform. Cable Beach Polo Pty Ltd is the official Australian affiliate to the International Beach Polo Association (IBPA), which appointed Marilynne Paspaley AM, Co-Director and Co-Founder of Cable Beach Polo Pty Ltd, as Governor of the Australasian Region, IBPA, in July 2013. 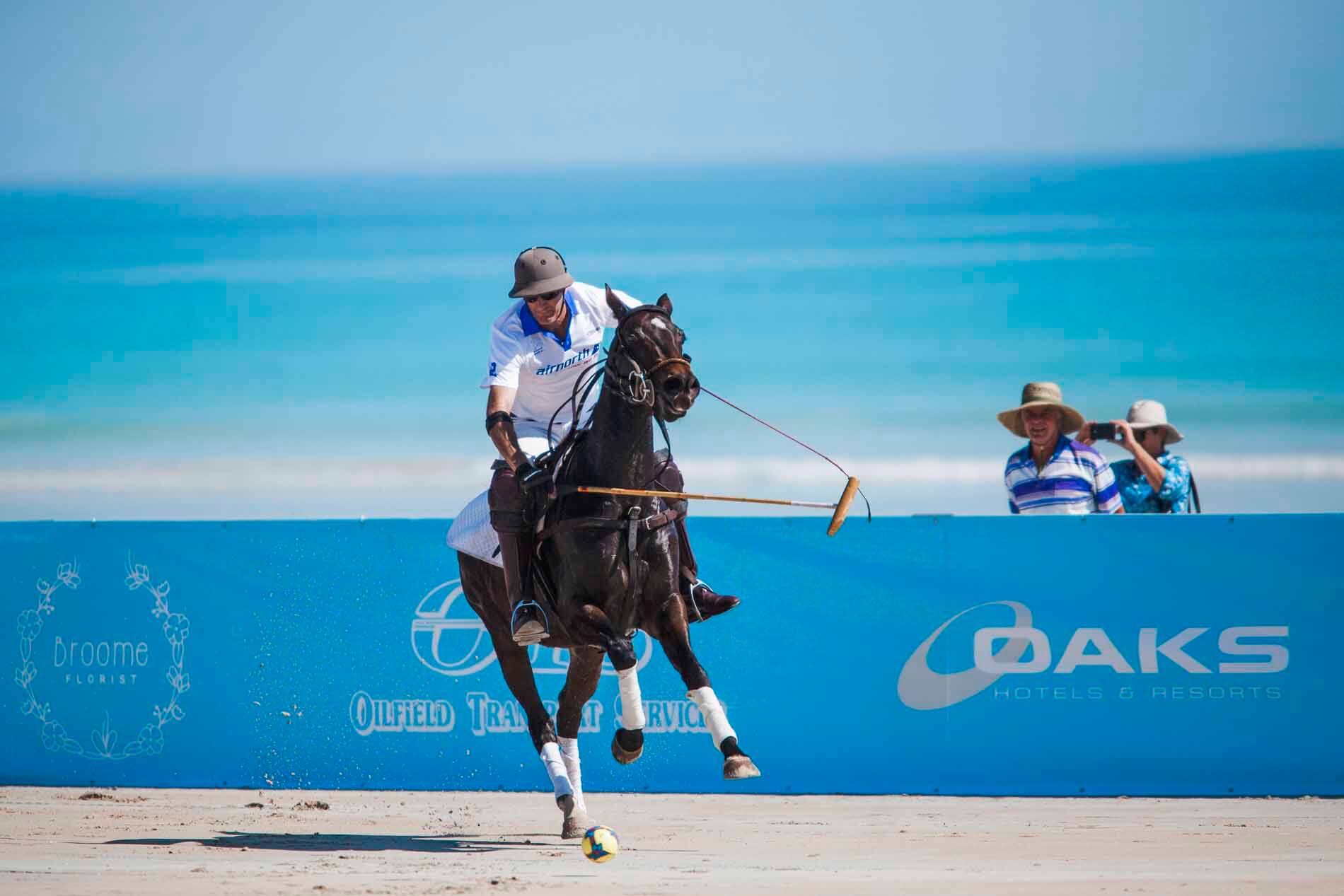